Safety window film for residential and commercial purposes. We give you the most competitive pricing using the best quality security film combined with professional service. Contact us today for an estimate. 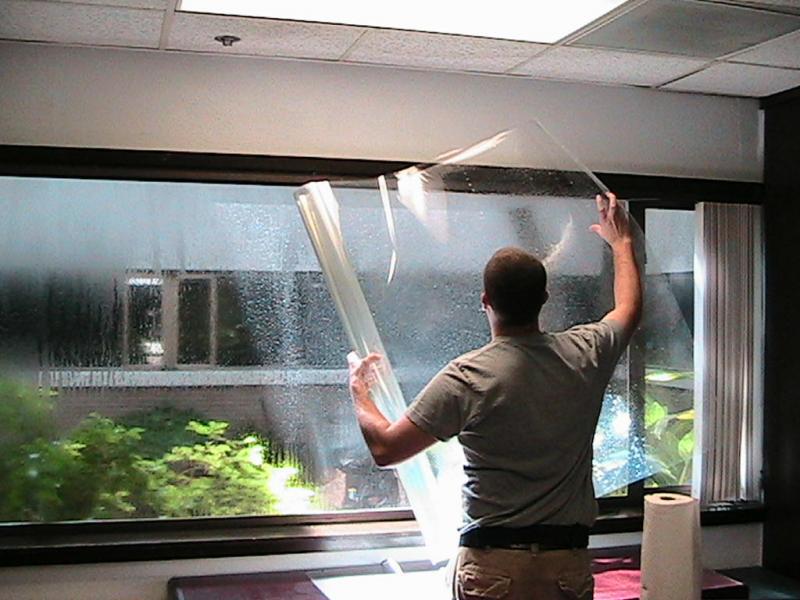 Safety film window tinting has many different applications. This is an added layer over your windows, whether they are home or commercial windows.

A popular application is on entrance glass doors to buildings and different entrances. These entrance and exit doors can easily not be seen by visitors ending up walking straight into the glass doors. Without the safety film the shattering of glass can cause injuries and most likely civil law suits against the building owners.

These window tints really have two different jobs. One of them is to provide protection against harmful broken splinters of glass flying across the room after an incident, as well as cutting down on glare if a tinted version is installed. They can be applied to either side of the window and are commonly used by law in children’s day care centers and family homes where ever there are small children and glass.

For commercial applications, security film helps in many different areas. For those people that own store front shops with large street facing windows, security film prevents thieves from breaking the glass and stealing your displayed items. This is commonly called smash and grab theft, its so common it has a title. They can also be used for the inside displays, since the tinting feature is optional. This way a thief that comes into your place of business can’t just smash and grab valuable jewelry or other products out of your displays and run off with them.

Safety film and security film is sometimes also applied to car windows for the same reasons mentioned above. This is mainly only used for VIP vehicles such as consular or parliamentary vehicles carrying distinguished dignitaries. The passengers will be safer in an accident.